We believe that every family and individual has strengths to help them live a healthy lifestyle. 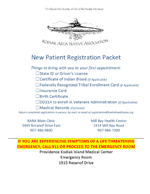 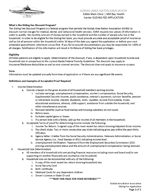